The latest installment in our photo series depicting baseball's stars of yesteryear on the site of present-day Navin Field, site of Detroit's historic Tiger Stadium (1912-2009).


Out at home
Nearly half a century later, Willie Horton's epic throw still echoes through the ages

Before the historic game even begins, blind folk singer Jose Feliciano unwittingly causes a national stir with his controversial, bluesy rendition of the Star Spangled Banner. The switchboards at NBC and Tiger Stadium light up with irate callers.


Trailing three games to one and teetering on the brink of elimination, the Detroit Tigers rally to beat the St. Louis Cardinals in the pivotal Game 5 of the World Series. The turning point comes with one out in the top of the fifth inning.

With the speedy Lou Brock on second base and his team leading 3-2, Cardinals second baseman Julian Javier lines a single to left off of Tigers starter Mickey Lolich.

With Brock barreling around third, left fielder Willie Horton fields the ball on one hop and comes up throwing. Tigers third baseman Don Wert is in position to cut the throw off.

Should he concede Brock’s run and hold Javier to a single?
Or should he let the throw go through and hope it’s in time to nail Brock?

Catcher Bill Freehan sees that Horton’s throw is online and calls out to Wert to let it go through. Brock hasn't slid into home plate once all season, and this time is no different.

He comes in standing up.

On one hop, the ball bounces into Freehan’s mitt — a split second before Brock arrives. In one motion, Freehan spins to block the plate and braces himself for a collision.

And collide, they do.

It’s too close to call, but umpire Doug Harvey has to make one.

Based on photos and still video, Harvey gets it right:
By less than an inch, Brock is out.

“Just about any other player would’ve held up at third (base),” says NBC broadcaster Curt Gowdy.

In October of 2013, the Navin Field Grounds Crew re-created that famous play.

Baseball writer Lindsay Berra (Yogi's granddaughter) traveled to Detroit to see our re-creation and even wrote about it for MLB.com.

And for my money, it’s the greatest moment in Detroit sports history. 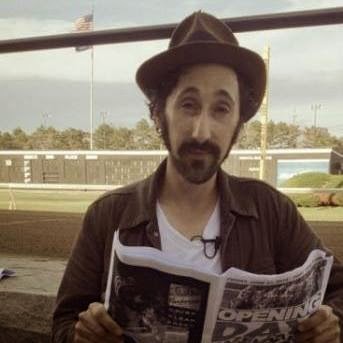